Kettlebells as they are known today originated in Russia and date back to the mid 1600’s where they were first used as counterweights for weighing goods for trade and sale. It was not long before people started to use them for demonstrations of personal strength and later tools for strength training. Kettlebells are currently used by the Russian Military, United States Secret Service, and the FBI Counter Assault Team, to name a few, to train in ballistic style high endurance movements for strength and conditioning.

The majority of movements done with a Kettlebell are high intensity ballistic style movements, meaning they are quick and jerky motions designed to challenge both maximum strength and endurance at the same time. The exercises often focus on multiple large muscle groups at the same time, giving them the ability to challenge aerobic or anaerobic endurance, as well as strength and coordination, all while burning very high amounts of calories in a small amount of time.

This Full Length Kettlebell Workout Video goes through a few intermediate and advanced movements that will burn maximum calories in a minimum amount of time. If you are new to these types of motions be sure to take your time and make sure you have the exercise form correct before you progress in weight and speed.

There are three rounds to this routine but we suggest starting with one and building up from there. This routine can easily burn 12 to 16 calories a minute depending on the size of the person and the amount of weight used so be ready to feel out of breath with some of these motions. The following goes into more detail on each exercise.

WARNING: Start with very light weight and master the form for each motion before progressing to a heaver Kettlebell, as these motions are generally more dangerous than typical exercises. The weights given below are just examples and not a suggestion of what should be used by you or anyone else doing this routine.


Figure 8 Curl: (40lb-18.1kg) This more advanced version of a Figure 8 incorporates a curl and hold for extra work through the legs (for momentum) and the arms to get even more calorie burn and cardiovascular effort.

Halo: (25lb-11.3kg) This motion hits the core, biceps, and triceps for stability but primarily focuses on the shoulder complex and its range of motion.

Single Arm Swing: (30lb-13.6kg) This ballistic swing targets the legs, butt, lower and upper back, and the shoulders. This is a high calorie burner and great for toning when done with high repetitions.

Cross Crunch: (20lb-9.1kg) Though not one of the heavy hitters as far as calorie burn, this exercise does a good job in strengthening and toning the abdominals and obliques.

Single Arm Snatch and Press: (40lb-18.1kg) This is a great example of a ballistic styles move that incorporates almost the entire body and burns maximum calories.

Turkish Get Up: (25lb-11.3kg) This advanced exercise is not only another heavy hitter when it comes to calorie burn but it is also an amazing challenge for combining coordination and strength.

Full Swing: (30lb-13.6kg) This motion is easily the “poster child” for Kettlebell training, integrating almost the entire body and burning massive amount of calories. Just be careful as this motion, if not done properly, can easily injure your lower back and shoulders.

In this video we are actually not using a traditional Kettlebell but instead we use an adjustable Kettleblock. We use this piece of equipment to save space and money (it takes the place of 8 individual Kettlebells). 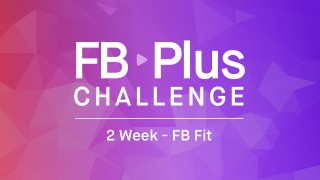 If you like your workouts to be dynamic, intense, and on the longer side, you might really enjoy FB Fit. FB Fit workouts are 51 minutes on average, 5 days a week with an optional 6th day that focuses on recovery. 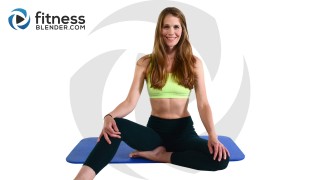 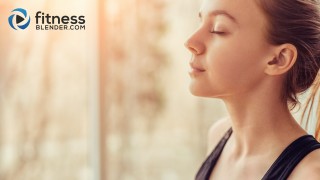