Though we don't do this type of routine very often, this is actually one of my favorite ways to get a good muscle burn without doing a really high intensity cardio workout.

With the active-static style of training you have a group of two different exercises that use a similar position and utilize the same muscle groups. For example, the first group of exercises in the workout video are a traditional push up and a plank. Both of these exercises utilize almost identical muscle groups, actually the only muscle group that is not used by both exercises is the triceps which is more predominately used in the push up and is either not used or only lightly used depending on the style of plank you choose to do.

The workout consists of 10 groups of 2 exercises done back to back in an AB, AB; Tabata style format. Again using the first group as an example you would do as many push ups as you can for 20 second, then you get a quick 10 second rest break then you go directly into a plank and hold that static position for a full 20 seconds before repeating both exercises again. You repeat this same pattern for each group until you are done with all 10 groups.

This routine, as I said before, can quickly make your muscles burn so feel free to take extra breaks or longer breaks as needed.

Warm Up / Cool Down:
- Not Included 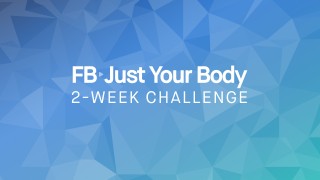 Using only your body and gravity, our 2-week FB Just Your Body Challenge can improve mobility, range of motion, strength, and physical conditioning — no equipment required. Perfect for exercisers on the go! 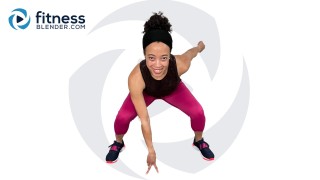 This short bodyweight-only cardio/HIIT routine will challenge your legs with an AMRAP and EMOM circuit. Get ready to count your reps and test your limits with straightforward lower body exercises. 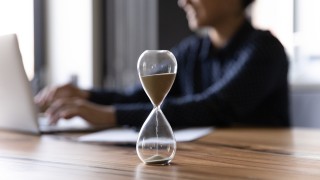 Time management can be helpful in increasing our productivity. Learn about the many benefits of time management and how to prioritize the important components of your life.