ALL NEW: 8-Week FB Reboot Program and a Sale on FB Plus!

What a great day!

The kickboxing one I already knew I love. Has a warmup and then about 15 minutes of exchanging kickboxing sets with core sets and I love such structure. Core intervals are monstrous 60secs long. Kickboxing combos are amazingly intuitive, simple, but I don’t mean easy, just that there is a low chance of getting confused or clumsy. All of that combined – nice and sweaty cardio/core fun and uplifting somehow.

Seemed a bit too soon to call it a day, so I added the second video, which I didn’t even include in the original schedule, and it turned out a huge surprise! I’ve been with FB since 2015 and I recognize that thumbnail, I know I saw it several times but never ever tried the workout because I was under the wrong impression that it is too injury-specific, for rehabilitation and not general training. But it’s a proper gem! Felt like a level 3 difficulty to me rather than 2 which it says. Starts slow but progresses to harder and ends with my favorite standing core exercise, with weights 😊 Feels like it could be added to ANY core day if you’d like more back focus (for example it would go well with the short core one from first week of Red Plan https://www.fitnessblender.com/videos/quick-at-home-abs-and-obliques-workout-video because that one had mostly ab focus)

So if you haven’t tried it yet, I urge you to go ahead! It deserves much more love than the 12 comments it gathered over 7 years.

The third one, I like the stretches in it but it doesn’t really feel like a cooldown. More like an addition to one, again if you wanted a bit extra back focus.

*If I were to split hairs about outfits (and I’m obviously about to do just that), the second and third one should have been paired with the kettlebell routine from week one, because in those 3 Daniel wears a different red shirt – with stripes on shoulders. 😜 OCD much? 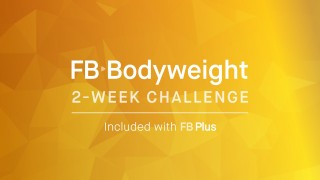 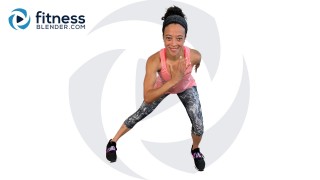 Total body, cardio-focused, add-on style workout that will push you beyond your comfort zone 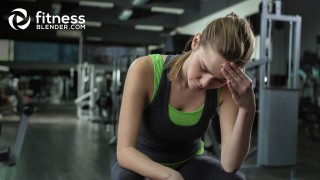