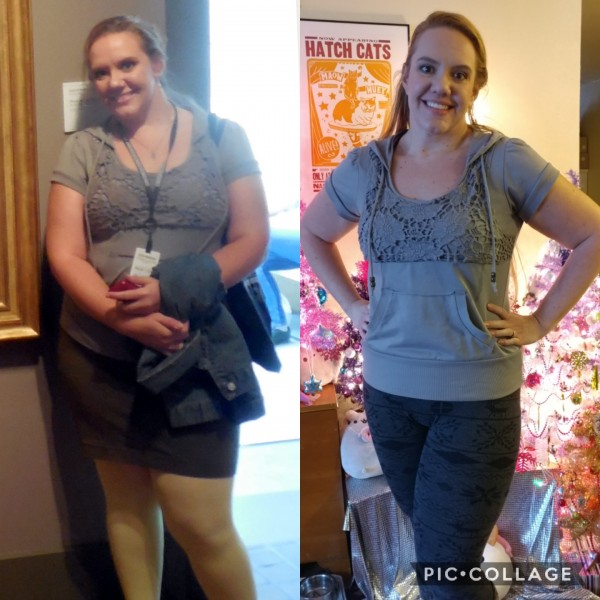 I don't even know where to begin. The before photo is from the end of 2014, the after is December 2017. I considered myself active in 2014, I had been doing fitness blender as my workout a few days a week, I considered exercise a priority, and I didn't think my lifestyle/diet was terrible. BUT I'd never been "thin" I'd never been happy with my body, and I had put on a few more pounds after some life changes.

January 1st 2015 I bought my first fitness blender program. I didn't have my hopes too high because weight loss has always been nearly impossible for me but it couldn't hurt. Again, I was working out with FB anyway so a program was just an added challenge. I took before photos and when the program ended there was a tiny bit of change, just enough for me to try another program. And another and another, for 3 years I've been doing various programs. The monthly goal of finishing helps me keep going.

In March 2015 I bought the Fitness Blender vegan meal plan and found out for the first time what healthy eating actually looks like. Most of my life I thought I ate "pretty decent" but that was only by comparison to those around me. I'm from the Midwest in the US, it's not a healthy place, or so I've discovered. Slowly over the course of 3 years, 3 YEARS, I'm finally learning to eat clean as habit. I still go back to the meal plan every few months as a self check. I still have a lot of work to do with my "diet" but for the last 3 years I've found myself making better choices all the time.

I didn't think I'd ever be happy with my body. Everytime I took "after photos" the first year I'd be so disappointed, the second year I stopped taking the photos because my obsession with them was unhealthy. I didn't know what was wrong with me, why my weight loss was so slow but I just kept going. As much as I wanted to "look better" I knew the workouts were good for my health so I kept going. I could feel myself getting stronger and healthier so I'd focus on that and try to ignore my almost unchanging size. So here I am nearly 3 years later and I can finally see it. I probably looked this way 6 months ago maybe most of this year but for some reason now I finally see it.

No matter how long it's taking just don't give up. Use whatever motivation you need to, that isn't about how you look and just keep going. Because one day you'll look at a photo of yourself and say "that's not how I look', then you'll proceed to have your fiance take another 10 photos to prove to you, "yes Christina, that is how you look now". I always wondered how long it be would take for me to post my Before and After on Fitness Blender and here it is, 3 YEARS later. Thank you Daniel and Kelli, you two have changed my life and helped me to become a much healthier and happier person. 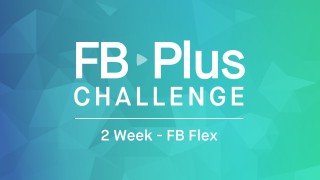 FB Flex uses three dynamic, intense workouts each week in order to build muscle and strength in the upper body. The well balanced exercises in this challenge can improve muscle tone, range of motion, and posture. 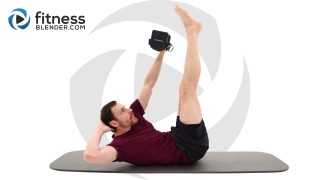 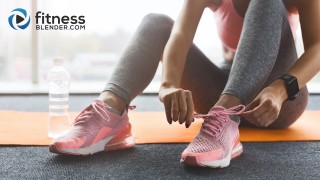 Your Comprehensive Guide To Finding The Best Workout Shoes

Finding the best workout shoes for you requires some research, and it depends a lot on the shape of your foot. A doctor of physical therapy shares the best ways to find shoes that work great for your feet.