Has anyone else had issues trying to follow the FB Meal Plan due to typos, errors, or lack of preparation instructions? (I mean this as constructive criticism, because I love Daniel and Kelli and I've been a huge fan since 2011). I think the Meal Plan is still a bargain, and I am seeing good results (I'm in week 4 of the meal plan, and on my second round of FB Fit), but I am finding it a bit frustrating how many small errors there are in the meal program (I usually use the PDF since it's easier to have on my Kindle while I cook), plus the PDF is inconsistent with the electronic/FB Calendar version, which makes it even more confusing!

My biggest struggles so far have been:

1. Inconsistency between the grocery lists and the menu. Either foods are missed on the grocery list and then I find out I don't have them later in the week when it's time to make a recipe, or there are excessive/duplicate things listed in the grocery list that aren't used in the recipes that week and I end up buying more than I needed to. Either of these scenarios are frustrating because it requires me to make extra trips to the store (which I don't like doing because of COVID-19) or extra groceries can go unused for more than a week and take up space in my very small fridge and pantry or food can spoil, which is expensive!

2. Sometimes the instructions on the recipes are very vague or not easy to follow/understand and I have to end up filling in the gaps myself and try to imagine how to create a dish I've never made. This is a slightly more minor complaint, but it's still challenging for me because I'm only a novice cook and while some prep steps might seem obvious to others, I don't automatically know how long to bake salmon at 350 degrees if there's no time listed, for example.

--- Day 14 has Dinner and Lunch listed out of order (not a big deal, just confusing when swiping through the PDF)

--- Week 3 Grocery List includes cod, but there isn't a single recipe in the entire PDF that uses cod

--- Day 18 Dinner and Day 19 Dinner are mistakenly duplicated in the PDF (Chicken with Roasted Brussels Sprouts and Baked Potato 2 days in a row), but on the FB Calendar Day 19 shows up as Tofu Stir-Fry with Greens and Brown Rice and the cooking instructions have typos ("saluted" instead of "sauted", etc.)

--- Day 22 Dinner doesn't have any instructions on how long to cook the salmon (it just says "until easily flakes with a fork"), so I had to guess myself and keep checking every 10min, which was just more frustrating than if I'd been given a general time range to start with and I could've then just checked it once or twice

Overall, I know this might seem very negative and like I'm complaining, but really I do want to stress that I *am* happy with the results I've been seeing from working out and from the Meal Plan. However, I would like some way to give feedback/recommendations for improvement of the program if at all possible. I don't know if there's a way to submit comments directly, but hopefully somehow this makes it's way to someone who can help tweak/improve the plan for those of us with limited food storage space, smaller budgets, and novice cooking abilities, haha. 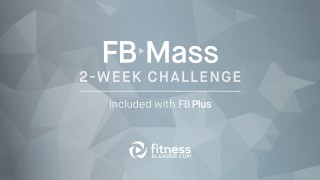 For people who love strength training. Designed to help you get the most out of each day's workout without overtraining any given muscle. An exclusive set of workout videos led by Certified Personal Trainers & Doctors of Physical Therapy. 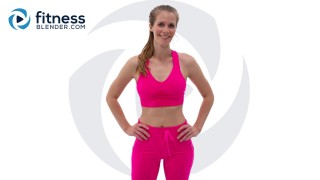 A sweaty and fun cardio workout with no repeat exercises that can be made as beginner-friendly or as challenging as you need it to be! Warm up & cool down included, all in under 30 minutes. 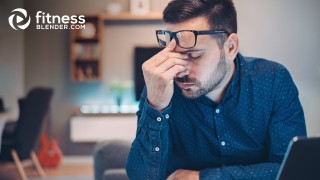 Setbacks and stress are an unfortunate fact of life, but we can become more effective at bouncing back by growing our resilience. In this article, we explore the building blocks of resilience and strategies for growth.