I bought the FB30 2-week trial a year ago but was discouraged by how difficult the exercises were, after just three days. I was so sore after each workout. Back then I believed exercise was supposed to be hard and that maybe I just didn't have enough discipline to "cut it". So my exercise "routine" consisted of me doing two or three days in a row of intense exercise, quitting for a couple of weeks, then starting again. Nothing sustainable.

When lockdown began a couple months ago, I reevaluated lots of things in my life. This included a change of mindset regarding exercise. I decided that even if mild consistent exercise wasn't going to benefit me as much as rigorous consistent exercise, it's better to do what I can in a consistent way. Kelli and Daniel have a similar philosophy to exercise, which made me feel validated and helped me persist in my decision to pursue this particular way of exercising.

So when Low Impact Round 2 went on sale, I bought it. Fast forward to 2.5 months later. I've completed Low Impact Round 2 twice. In the week after the first time I completed it, I attempted some HIIT workouts but still found them too difficult, so I instead revisited the same low impact programme, but chose to be more focussed and to lift heavier.

Now I'm on day 4 of the first FB programme I bought (FB30 2-week trial) and it is so much easier than when I first tried it. It is a lot more fun too.

Never in my life have I been working out at least 3x a week for such a long stretch of time (almost 3 months). I really thank Kelli and Daniel for the inexpensive programmes they've put out and for their great attitude towards exercise. Right now, it's still a bit intimidating for me to believe that I can truly carry on exercising regularly for the rest of my life, but the fact that I've been able to sustain good exercise habits for so long makes me feel good about myself.

I hope everyone is staying safe and healthy! 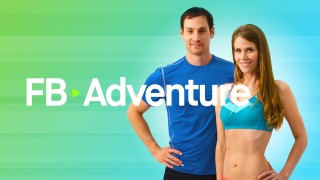 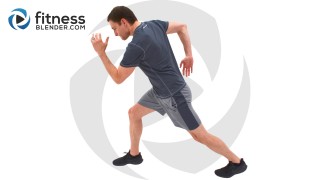 12 Minute HIIT workout with no warm up and no cooldown. Add it to another workout or use it as a stand alone by adding your own warm up and cooldown. 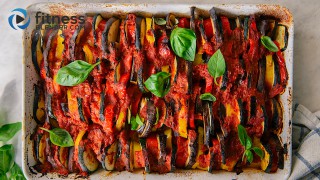