Whoops, I should have done this once I started FB back in Dec. I had some ups and downs, like a lingering 3-week cough, loads of AP homework, and unruly eating, but I did the PFT earlier and honestly even though I'm not where I'd like to be (ideally) I am proud of the progress I've made. I don't have any concrete parameters to compare this to, but I can recall what exercising was like for me before.

In high school we had to take 2 years of PE class and I hated it. When I was little my parents had put me in every sports class imaginable, but I was severely out of shape and always complained. I never got in shape because I didn’t try and I thought exercise was a cruel and unusual punishment. When 9th and 10th grade rolled around, boy, I was in for the time of my life.

I was never extremely overweight; I could pass as a little over “average,” whatever that meant, but I had a lot of fat and very little muscle. What might be the “average” person’s muscle mass was much higher than mine was. In PE I was always one of the last ones to finish the mile and the one who could do the least amount of pushups. My teachers came up with this horror called “Workout Wednesdays” where kids had to get in groups and film workout videos for the entire class to do later. Wow, the nostalgia. I remember we did other workouts that had a lot of cardiovascular stuff, and I struggled with pretty much everything and me and my friends took breaks when the teacher wasn’t looking. We would always look for a chance to stop jumping or doing high knees or something like that. The last time I ran the mile was about a year ago and I think I got 11 minutes. Not horrible, but not great (for me personally). We had to do 20 pushups as well and I think I got less than 15 full pushups but they were terribly shallow and I don’t think they even counted because they didn’t go down at all. I remember having to hold the plank for a minute and I couldn’t; I was shaking like crazy and snuck a lot of breaks. I don’t remember the sit and reach, but it was probably pretty low. As for squats, I can’t remember either, but it probably wasn’t good.

I passed my PE classes with okay grades (Bs; I think the teachers felt sorry for me and gave me effort points, although I failed most of the tests) and junior year came. It was super stressful and one day I was almost late for something, so I ran as fast as I could. I had to stop often to catch my breath, and I realized, “After PE class was over, I may never exercise again and I need to do something. I will end up on that show, My 600-lb life, and I will die of diabetes (which runs in my family, too).” Even for everyday acts like going up the stairs or walking to the car, I was very out of breath. I had to do something or I would probably die early.

My mom introduced me to FitnessBlender a month or two later and I began to do the workouts. I remember the first workout I did. It was probably a level 2 or 3 cardio session and I was DYING. The only thing I can recall clearly was that there were a lot of jumping jacks and I felt like I was going to pass out. But slowly, I began to get in shape. I started out doing HIIT cardio (level 4) which probably wasn’t a wise decision; I told myself I had to do that instead of something easier because I needed to burn calories to lose weight. But then, I had to modify many of the exercises and stop early and I was probably burning a lot less. I only did bodyweight cardio for a while, but then I began strength training in maybe Jan or Feb with 8lb and 4lb weights. 8lbs was super heavy for me, and I mostly did lower body stuff. In Feb I got sick and I was coughing until March, so I didn’t work out at all. In March I began to get serious and began to train the upper body/core as well as the lower body. I also tried to eat healthier and control my intake of junk food and portion size. I have also recently tried to diversify my training, with a variety of styles and difficulty levels. I started doing yoga when I have sore muscles, and it works wonders. It’s amazing what movement can do for you.

I don’t think I’ve lost a lot of weight since December, but my tummy doesn’t bulge out as much, even after I eat (although it still does quite a bit) and my quads and hamstrings are much, much firmer (before, I had hardly any muscle). Upper body hasn’t seen much changes, so I need to train more. Core is a bit stronger and I can do some more advanced versions of moves that I wasn’t able to. Balance is still hard for me (like with jumping lunges) but I will keep training. My dad said that I used to be not strong enough to support my own weight; when I got up from a chair I would push my weight into my knees, and I don’t do that anymore. I still have a lot of fat I would like to lose (underarms, tummy, back, etc), but honestly I have seen so many more changes in different ways that I am grateful for. However, I realized that I was quickly gaining leg muscle, my cardiovascular endurance improved greatly, and my energy was skyrocketing. I felt like the energetic six-year-old I never had been in my sixteen years of life. I had always been lethargic and reluctant to move around, and I loved eating. My food cravings also changed. In 10th grade I ate a lot of greasy frozen burritos, pizza rolls, chicken nuggets, etc. I would eat 4 meals a day, with meals after school and dinner being the heaviest. I ate way more than I needed to and it made me tired. Now, I eat a lot less (but still enough to fill my body) and I try to eat a lot of fruit, veggies, and whole foods. Instead of craving french fries and greasy food, I crave a hearty salad, meat, or avocado toast. It’s super weird how exercise has changed my food preferences. I indulge occasionally, but mostly I try to eat healthily

I used to view exercise as a chore rather than an essential part of life, and although I put in a decent amount of effort (to save my GPA) I was never good enough to pass most of the fitness tests. I felt that no matter how hard I tried I would never get anywhere. That mentality had been a lingering shadow in my life regarding the things I struggled with and I still struggle with that mindset. However, I am encouraged by the progress I have made and I hope this encourages you all too. Sorry this was long. I needed to let it out. Thank you FitnessBlender for all you have done for me. It’s really motivating to see trainers who sweat and turn red while you do burpees with them. You are not afraid to show that you are human, just like us. You never put us down or make us feel bad and are always super encouraging.

Mile: Didn't do that yet, will do tomorrow maybe since it got hot, but estimated around 9-10 min (I ran a lap around my block which is roughly 1/3 mi in 3 min; later I will run 3 laps and see how it goes)

Fitness will remain a huge part of my life, and I want to continue my journey with FitnessBlender, even as I prepare to go to college in a year!

EDIT: My mile time was 9:49. I put in a good degree of effort but I didn't want to sprint the entire thing. If I had tried harder or ran faster towards the end I might have been able to shave it down to 9 minutes. However, I just wanted a benchmark to see my progress. (Before: 10:53) 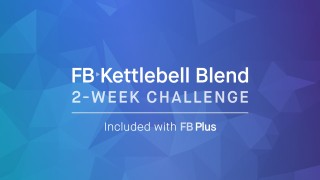 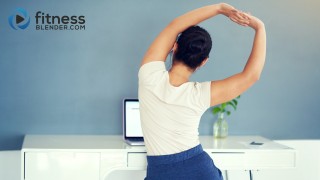