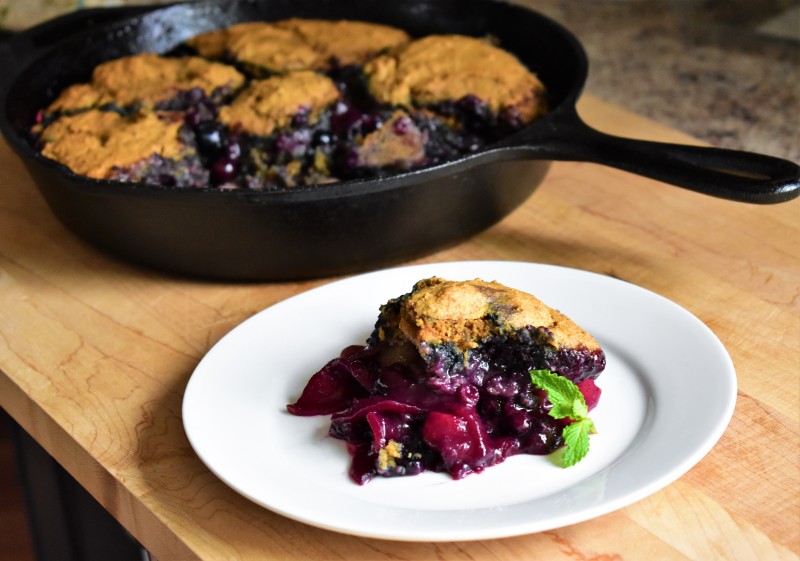 Ok, so I'm not an originally from the U.P of Michigan (I'm a 'transplant Yooper'), and I felt I needed to make an FB Potluck dish representing my home state of Washington. My original plan was to make something that I had many times in my younger days, when my family would spend a week or two in the Cascade Mountains, for the sole purpose of picking huckleberries. On our excursion, we would always take some late-season peaches with us, and make this wonderful Peach-Huckleberry Cobbler. It was literally mixing the peaches and huckleberries together in a cast iron skillet, then adding a topping of Bisquick mixed with beer over the fruit, and putting it over the campfire until it was cooked. So simple, and so absolutely delicious.

Well, since I do not have access to huckleberries, and peaches are not even close to being in season, I decided to wing it as best I could, while still paying homage to the Evergreen State.

So here's my creation: an Apple-Blueberry Cobbler. Since blueberries would grow right alongside the huckleberries in the mountains, and Washington's the biggest grower/producer of apples in the U.S., I thought this would work.

It's kinda fun too, caz I just made this up on the fly haha. I think it tastes extra good because I used WA State apples, frozen wild blueberries, and a homemade apple beer! (Hubby made an incredible apple beer last fall, and it's finally ready for drinking--and/or baking! haha)

So, if you'd like, I'll post the recipe here. But note that measurements are not exact, because I didn't really measure anything.

3. In a large bowl, stir together melted butter, maple syrup, and vanilla extract. Add in flour, baking powder, baking soda, and salt and stir until crumbly. Pour in apple beer and stir until just combined. Place dollops of batter over the apple-blueberry mixture

Bake in preheated oven until biscuits are cooked through, and fruit is bubbly, about 45 minutes. 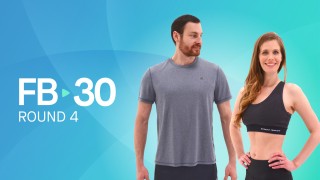 A challenging, fun, & effective 30 minute workout program for people with busy lives. Our aim is to guide you to move well, and feel great. 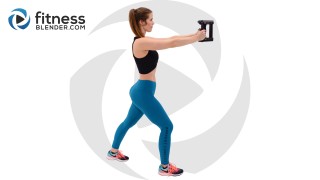 A long time ago, I felt like strength training was a waste of time - now I understand that it's one of the best ways to get healthy, lose weight & keep it off. 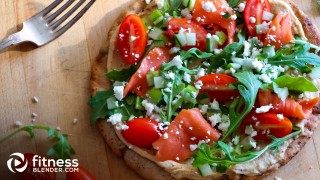